Asta, who met the princess of the Heart Kingdom and was chosen by the water spirit “Undine”, one of the four great spirits, “Undine”, was the devil’s curse confirmed in the Heart Kingdom. Yes, you know that there is a base for the devil in the “Kingdom of Spades”. To prove that, Vanessa and others who were scouting the “Diamond Kingdom” saw how the Mage of the Spades Kingdom, which possesses the “devil’s power”, annihilated the soldiers of the Diamond Kingdom alone. It was What does Lolopetica ask Astas to protect people from the threat of the devil, who is so powerful that it is difficult to stab it? 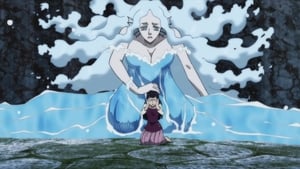