Eustace & Courage visit Ma (Eustace’s Mother). Muriel refuses to see her. When they arive at her trailer, she welcomes Courage instead of Eustace because he is just a “stupid boy.” When they eat lunch, Courage gets a lot of dogfood and Eustace barely gets any bacon. Eustace gives Ma some gifts, but rejects them all except one, a mirror. Ma then gives Courage a teddy bear. She doesn’t have a gift for Eustace. Ma then tells Eustace ahow he always was a scared child. Eustace then proves his manhood by arm wrestling her. She almost wins but Courage sticks some flowers in her face, (which she is allergic to) making her sneeze, which stops the arm wrestling. Her wig falls off and she complains of being ugly. Eustace says “”No, Ma, you’ve always looked good to me.”” He then takes off his hat and shows his bald head, too. They end up bonding together. 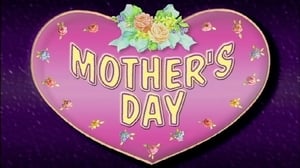 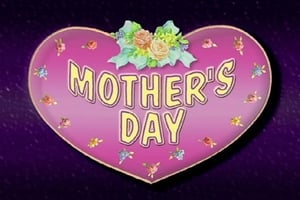