Courage finds a slab that belonged to a dead guy named King Ramses. A guy named Professor Flith comes and says the slab belongs in the museum. However, Eustace (knowing it’s worth a lot) won’t give it to him. So, the ghost of King Ramses comes and causes plagues to happen that won’t stop until Eustace returns the slab to the museum. The first is a flood, the second is loud music, and the third is locusts. The slab is finally returned, but Eustace is now possessed by King Ramses, as punishment for his greediness. 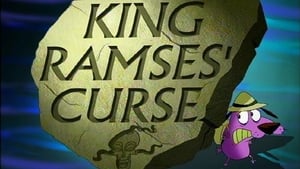 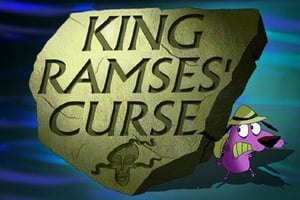