Nov. 16, 201588 Min.
Your rating: 0
0 0 votes
AdventureAnimationComedyFantasyTV Movie
what going on?

Told in eight parts, Stakes documents the reemergence of five of Marceline the Vampire Queen’s most powerful vampiric foes: the Fool, the Empress Eyes, the Hierophant, the Moon, and the Vampire King himself. The quintet reemerges after Bubblegum tries to extract Marceline’s vampiric essence, in an attempt to return Marceline to her normal half-demon state. The reappearance of these vampires forces Marceline, Bubblegum, Finn, Jake, and Peppermint Butler to stake them one-by-one. 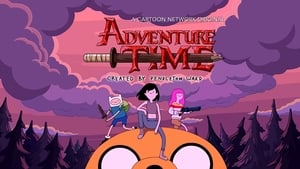